Capturing your MacOS computer audio in a BlueJeans meeting with OBS

So you’re already streaming great content over your OBS setup, but you want to add the functionality of joining a BlueJeans (replace with your favorite virtual meeting application like Zoom, Google Meet, WebEx…) meeting and sharing it with your stream.

If you already tried, you’ve noticed that the video capture is not a problem, but you don’t have the meeting audio in your stream. 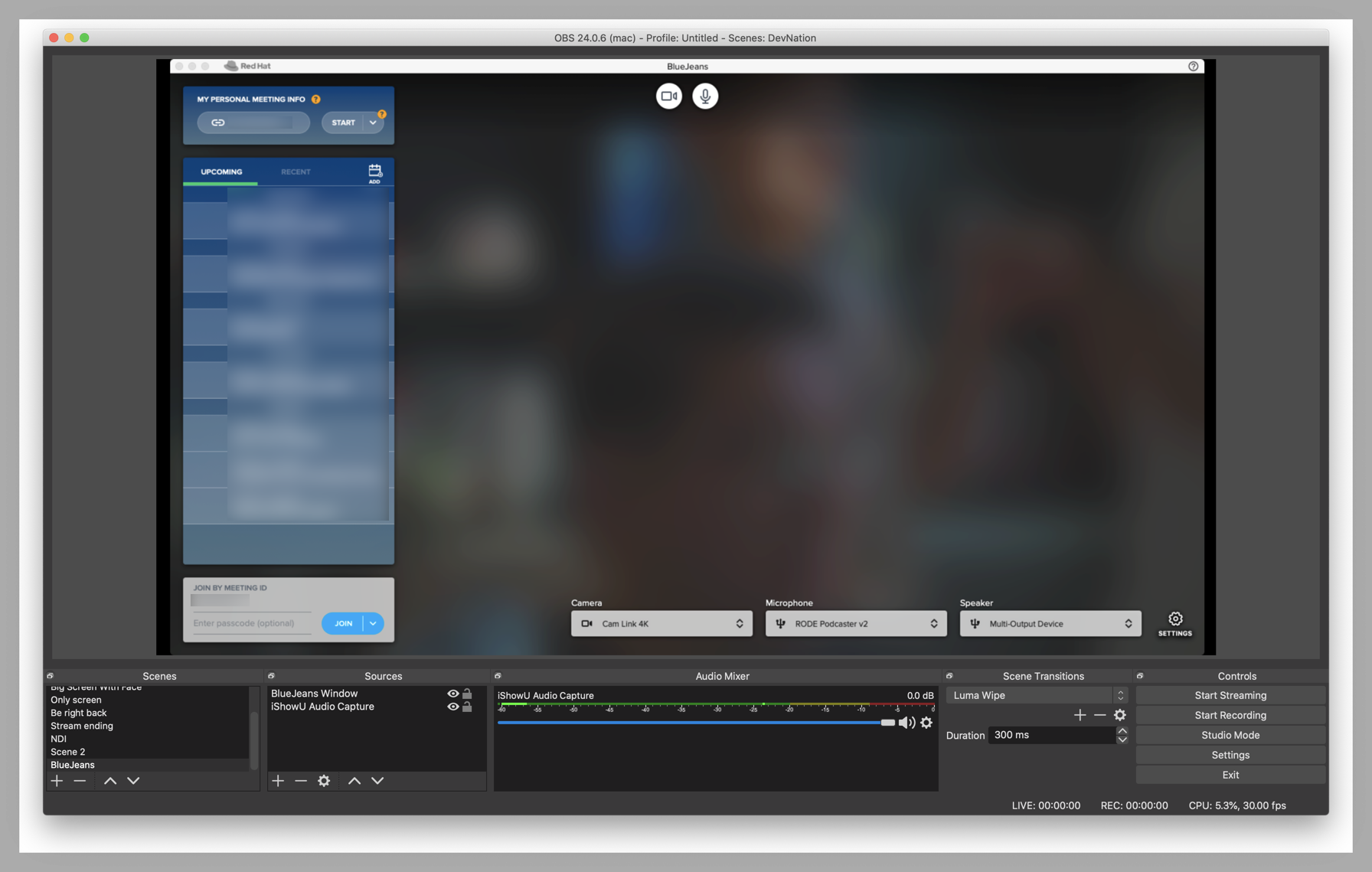 First you need to install an extension called iShowU Audio Capture to capture the audio from your computer.

If you’re using MacOS Catalina, follow the instructions in this link.

With earlier versions of MacOS should follow the instructions here. 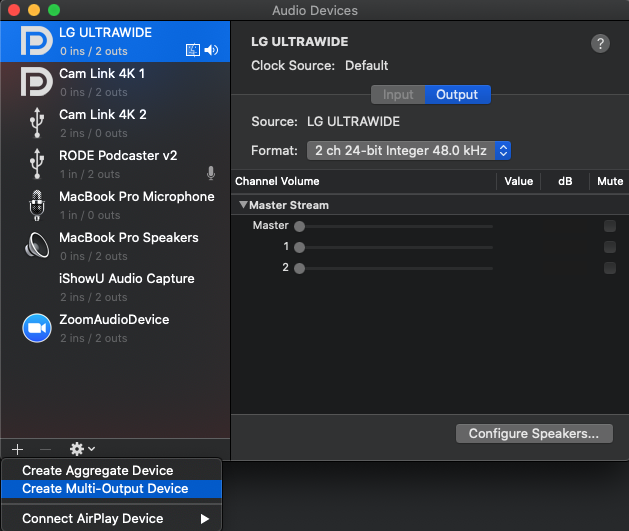 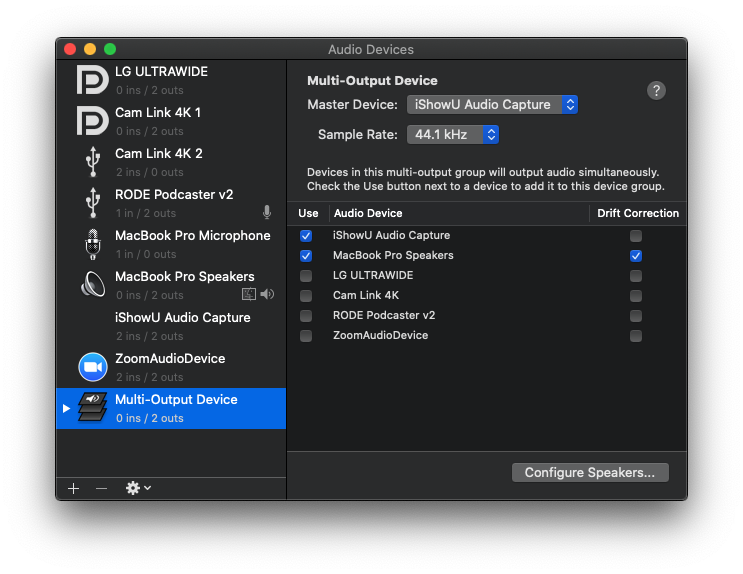 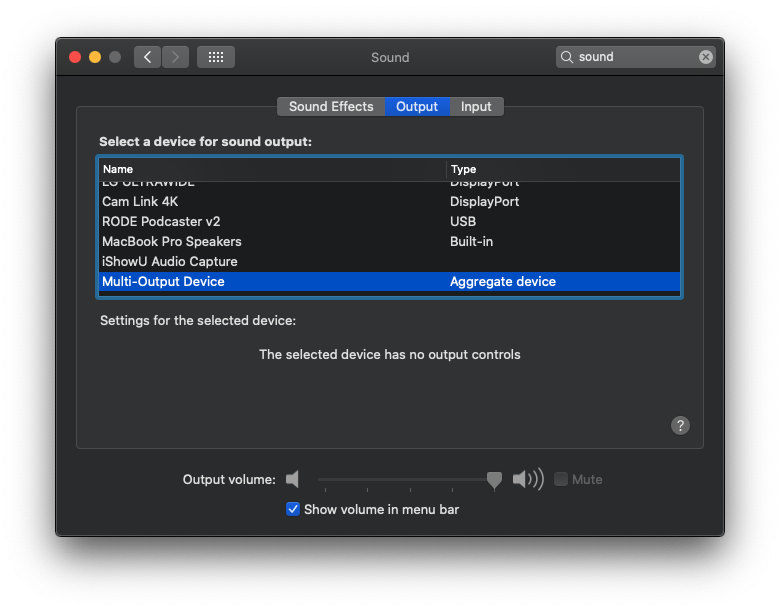 Now that we have everything set to capture our computer audio, we can configure OBS for the streaming. 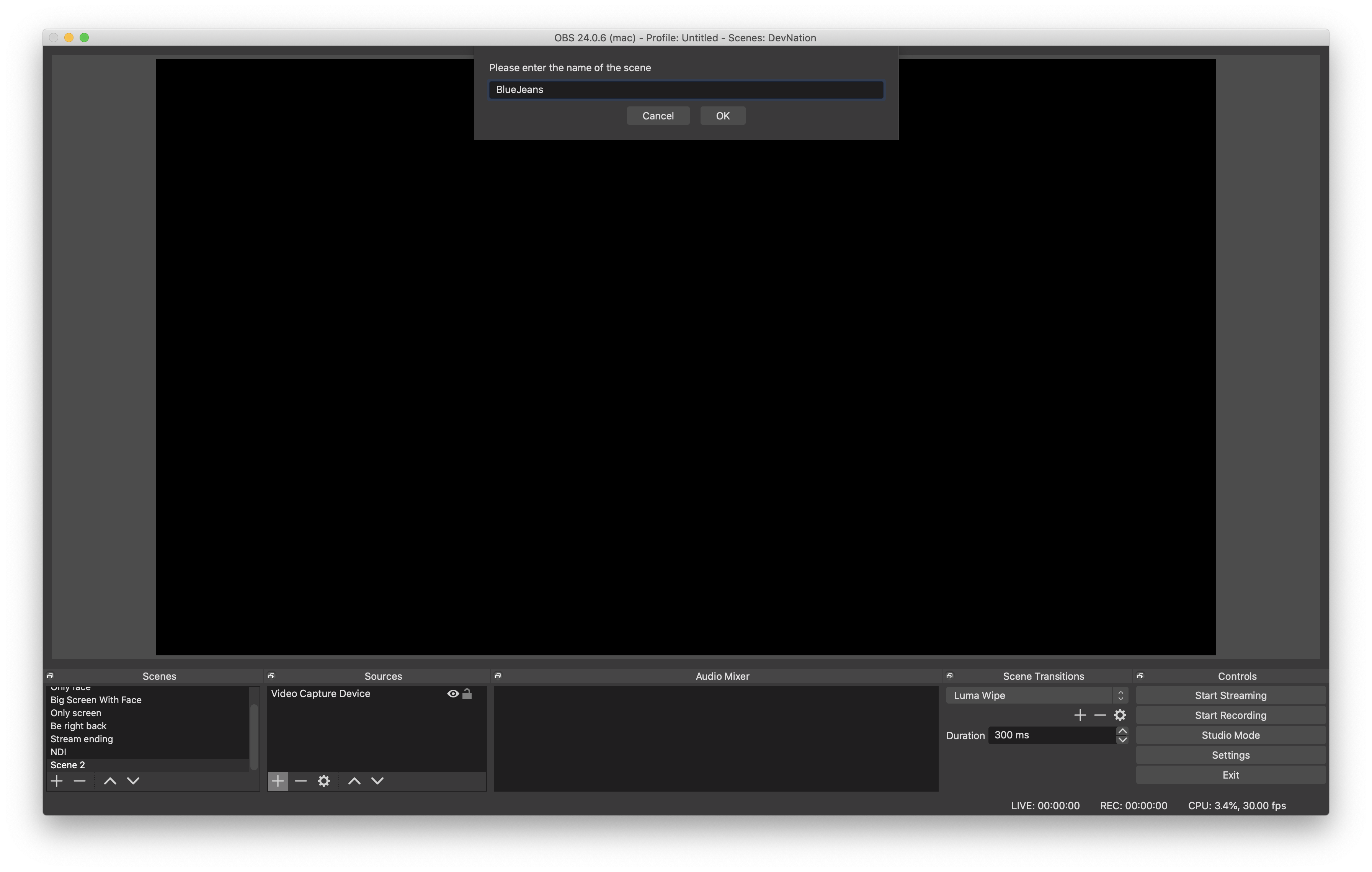 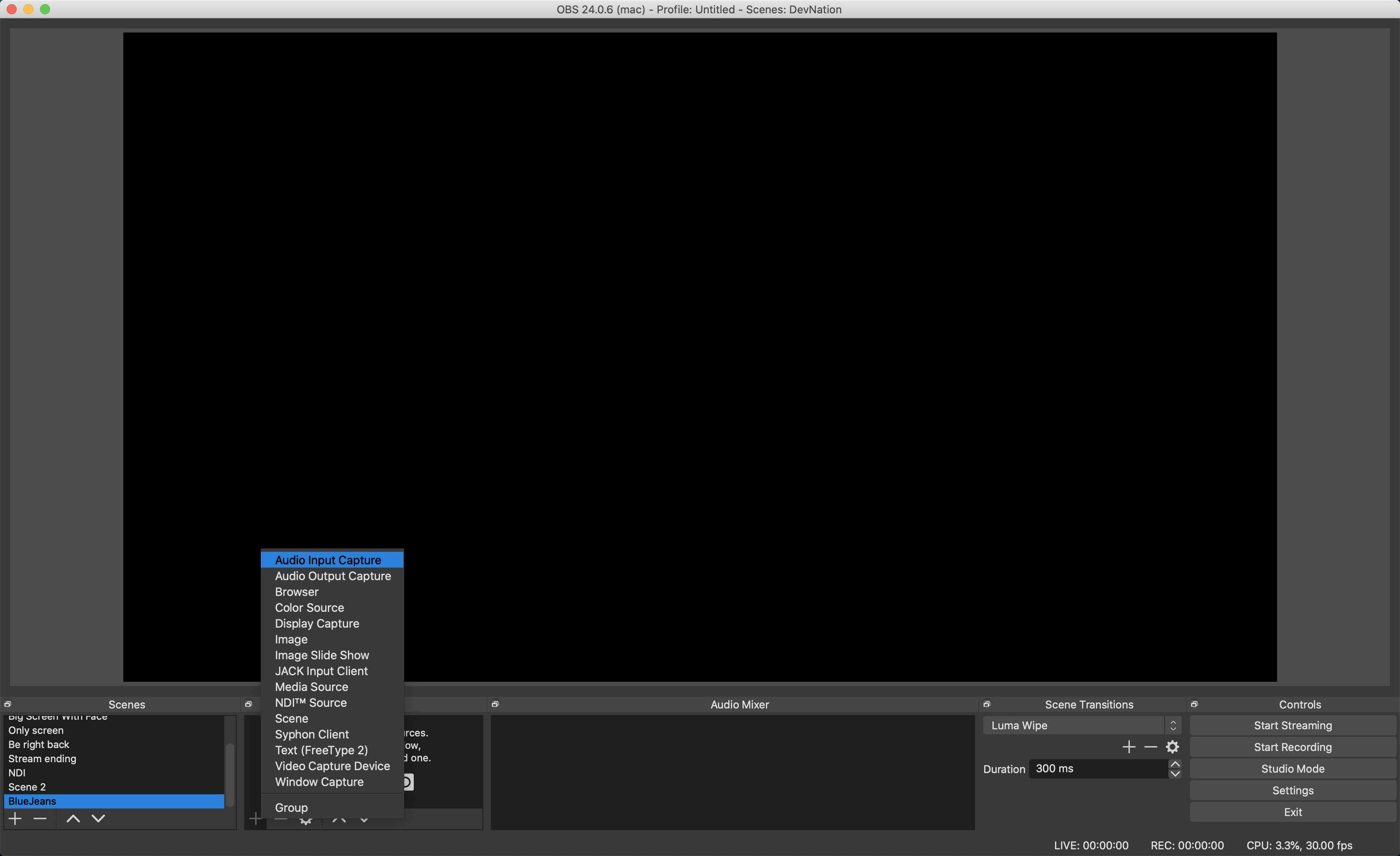 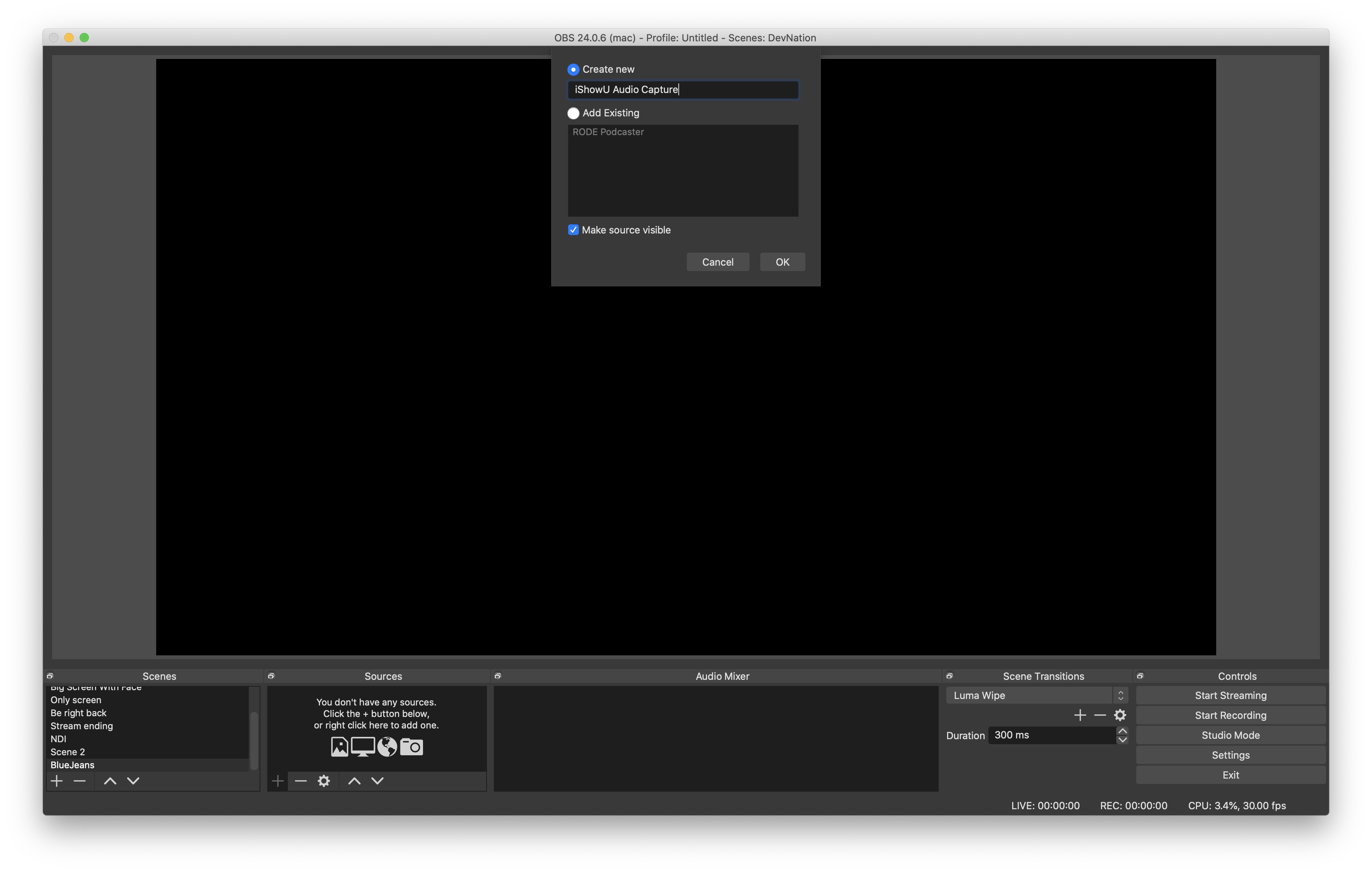 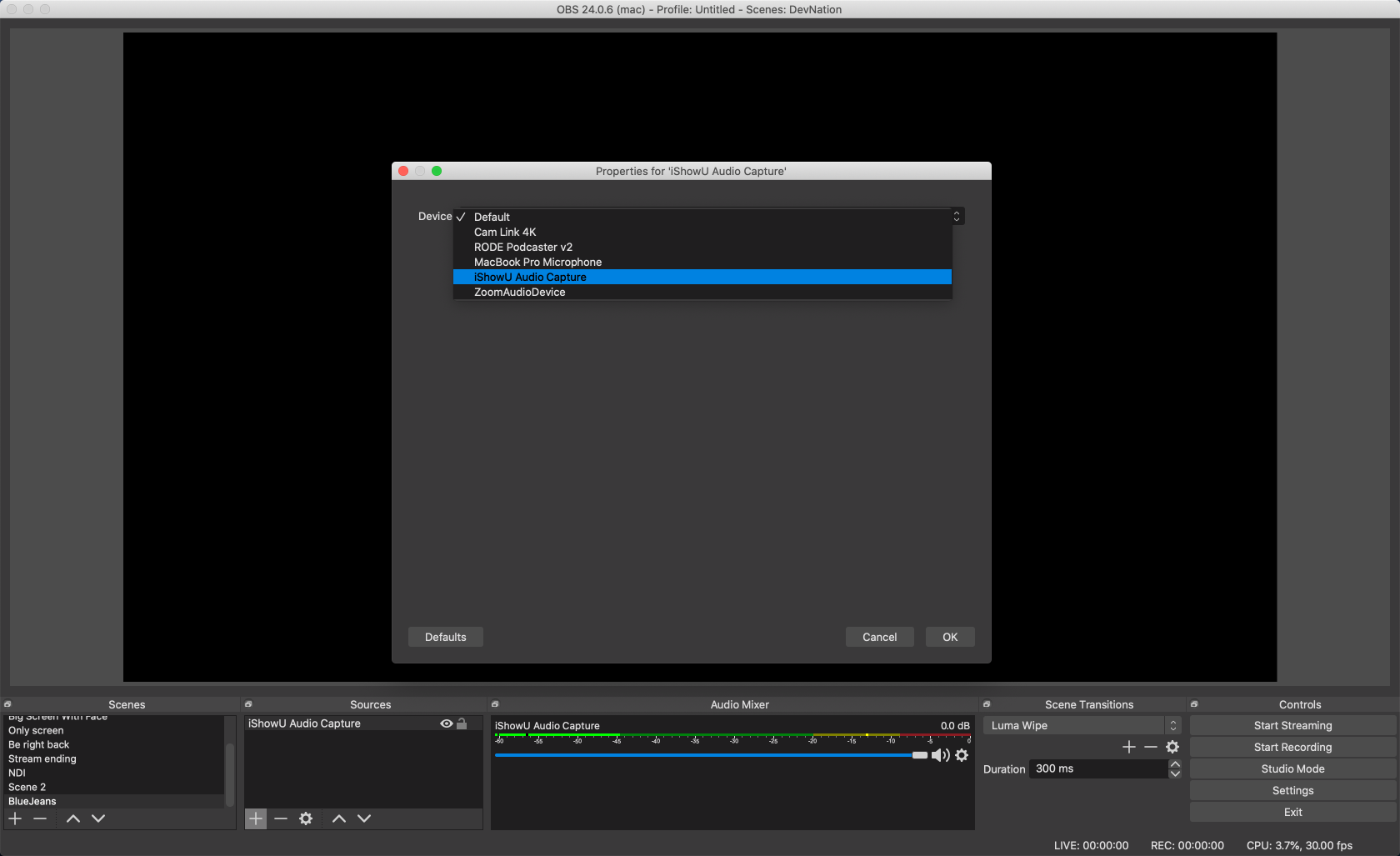 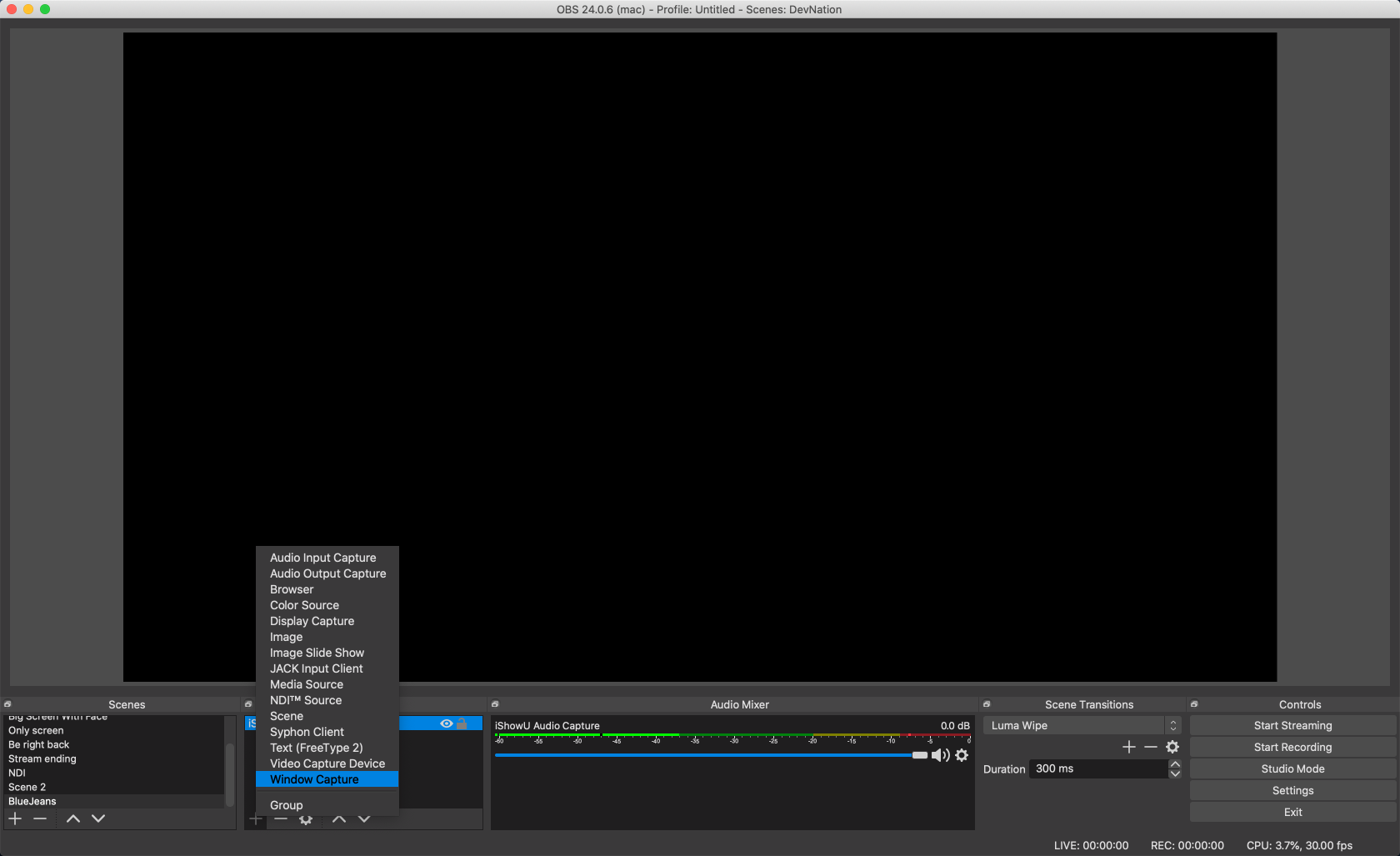 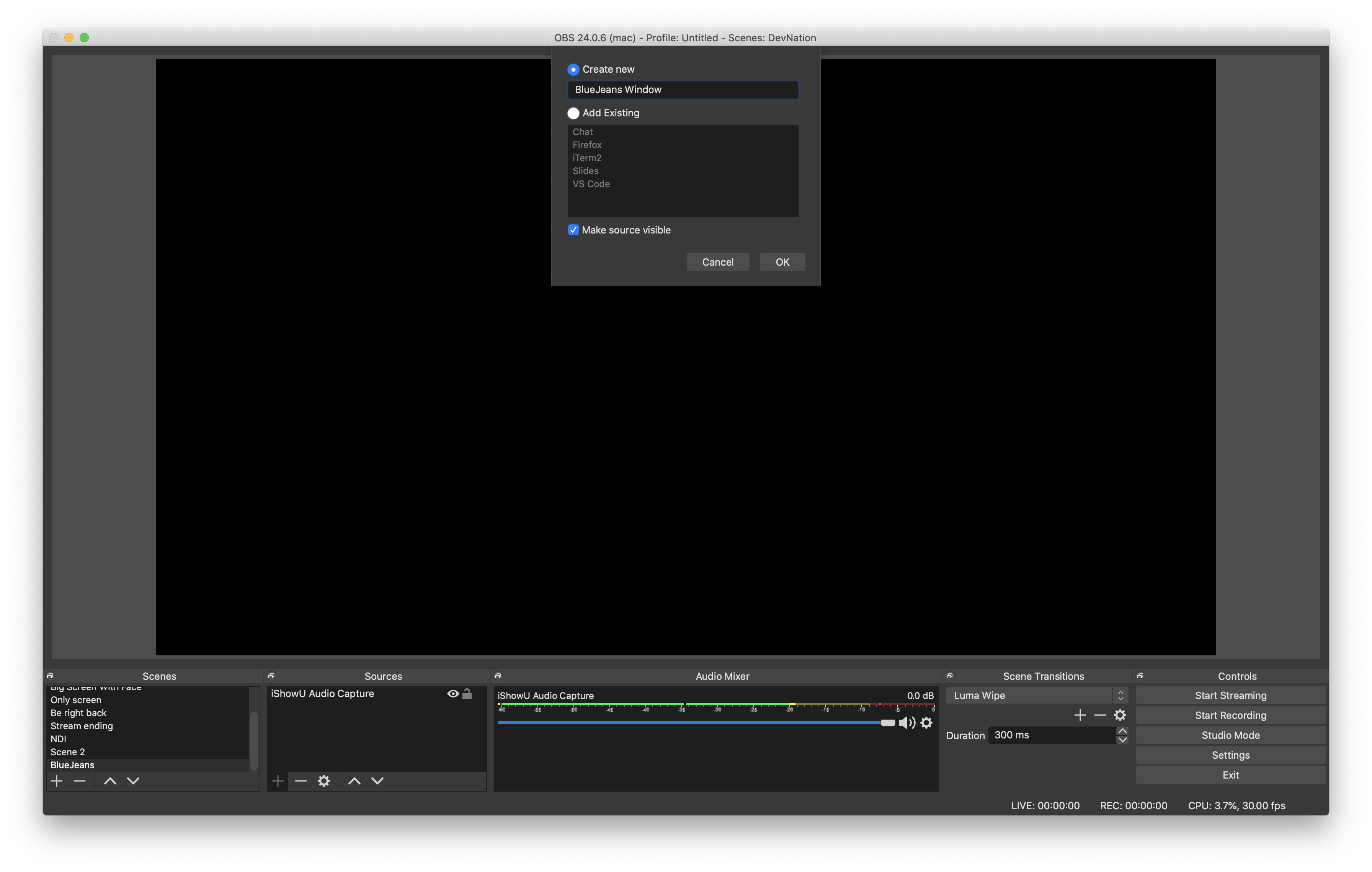 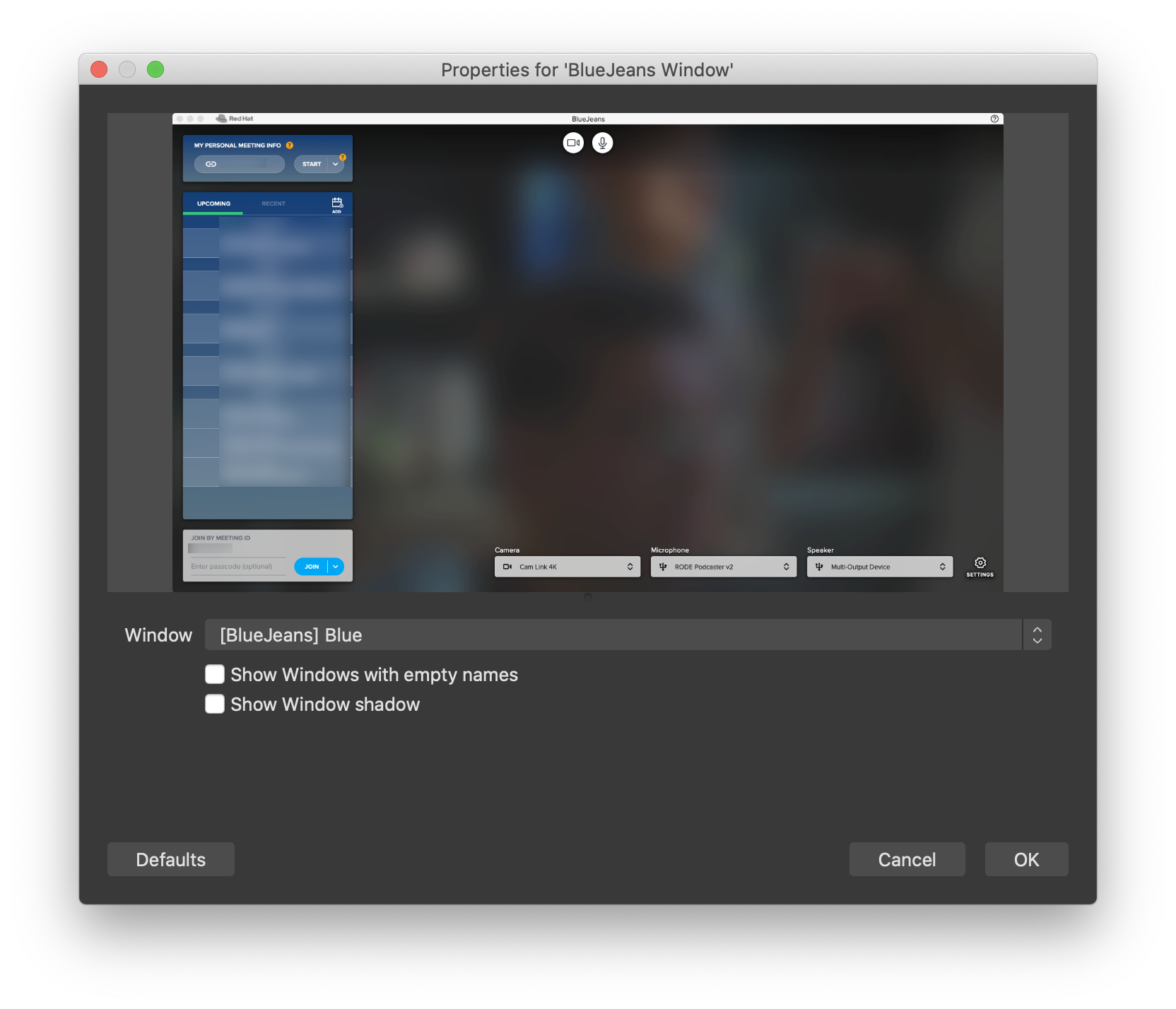 Congratulations! You’re ready to share your meeting in your OBS stream.